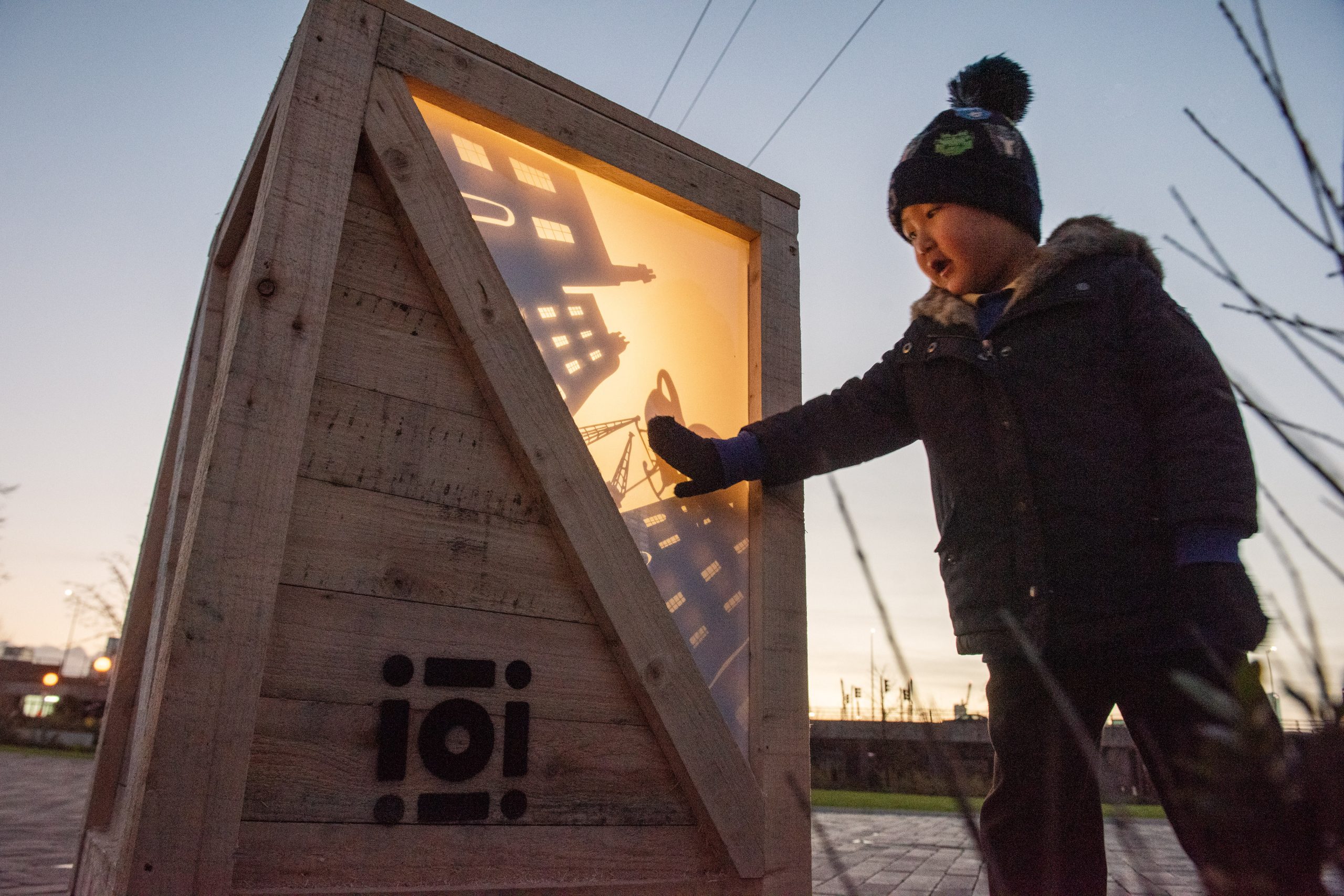 Part of the Royal Docks Original Festival, we’re bringing you Switch the Docks!

Switch the Docks is an immersive, interactive light box installation that celebrates the heritage of the Royal Docks. It started life last year, as a research and development project commissioned by Royal Docks as part of the Join the Docks Festival.

We’ve now been commissioned to produce a larger and more interactive version. We’re partnered up with Concept Shed again to create interactive light boxes which, when triggered, project illuminated images of intergenerational tales, bringing to life stories from the past, thoughts on the present and dreams about the future. Each light box sits inside a large wooden shipping crate, paying homage to the history of The Docks.

Capturing the past and inviting you to imagine the future, Switch the Docks was dotted around the Royal Docks between 11th – 20th October. You can now find it outside Raw Labs until the end of the year. It’s free, so pop by and share your images with us.